Friends, Bored Surfers, Countrymen, lend me your ears! If you live within the jurisdiction of the Nebraska Humane Society (Douglas and Sarpy counties), the deadline for pet licensing is fast approaching. For those of you in other locales, please check to see what local ordinances pertain to you and your beloved pet, who I shall temporarily dub “Toga”.

In many municipalities, people are legally required to license their pets. While this may seem like an overreaching governmental money grab, it is, in fact, a public health measure. Usually, pets are required to have a valid rabies vaccination in order to be licensed; that would only add unnecessary paperwork if the goal was purely economic. The fee you are charged (ideally) helps fund the Animal Control services for your area. They, in turn, help keep strays (living and dead) off the streets and administer the rabies control program. And rabies is what it is all about.

Rabies is a public health issue because it transmissible to humans and (according to merckvetmanual.com) has the highest case fatality of any infectious disease. You would be more likely to survive Ebola than a full-blown case of rabies. The disease is a threat in real life, not just in storybooks like Old Yeller.

Rabies is a virus that is spread through contact with the saliva of an infected animal, most commonly via a bite wound. According to the CDC (cdc.gov) there have been a few documented cases where transmission occurred by contamination of mucous membranes, aerosol, and organ transplants. According to Wikipedia, it is possible (although it seems unlikely) that rabies could be sexually transmitted. There have not (as yet) been any well documented cases of aerosol transmission from a bat cave (the documented aerosol case actually involved a worker in a research lab). There have been many cases of people not being aware of bat bites, so (according to Merckvetmanual.com, as is much of the following actual factual information - the speculations and various asides are, of course, my own.) direct contact with bats should be considered a risk exposure to the virus. I’m not sure how that relates to Batman, who seems to have spent years in the company of bats without displaying any neurological signs, behavior changes, or unusual aggression...or has he?

While all mammals (including humans) are susceptible to the rabies virus, it is most often found in wild carnivores and bats. In different areas, different species serve as reservoirs and they have different strains of the virus. In North America, skunks, raccoons and fox rabies have separate but sometimes overlapping territories, while bat rabies in insectivorous bats is found throughout the Americas and Europe. Vampire bats spread the disease in Latin America. Eastern Europe is home to raccoon dogs (yes, you read that right. A raccoon dog is a small wild canid that has a dark mask, but not the striped tail like a raccoon or Davy Crockett’s hat. It’s also the only member of the canid family that hibernates, per a-z-animals.com). In Brazil there are marmosets. China has ferret badgers (another animal that appears to be not as horrifying as its hybrid name implies). There are jackals in parts of Africa, wolves in Northern Europe and different species of mongooses (mongeese?) in the Caribbean, southern Africa, and parts of Asia. All of these creatures are responsible for transmitting rabies. Now I feel bad for the raccoon dogs and ferret badgers. You had probably never heard of them before now, and your first introduction is “stay away from these rabies carriers”. Feel free to look them up on YouTube and say “awww, how adorable”, just stay away from them in real life.

When it comes to spreading rabies to people, however, the main culprit is none other than the domestic dog. According to the World Health Organization (who.int), transmission of rabies to humans is almost always (up to 99% of the time) from dogs. The vast majority of human cases (95%) occur in Asia and Africa, and the result is tens of thousands of deaths every year. In the Americas, thanks to vaccinations, there are only a few cases, mostly due to bats.

Per merckvetmanual.com, when the virus-laden saliva is introduced to tissue (most likely via a bite wound), the rabies virus remains at the site for a variable period of time. Then it starts traveling up the peripheral nerves to the spinal cord and onward to the brain. Then it travels down nerves to the salivary glands, all the better to be transmitted to the next unwary victim, especially after the virus causes behavioral changes in its host. A pet that is normally quite docile can become aggressive and trap people in a Ford Pinto. Wild animals may not run away from people like they normally would. Animals that tend to be nocturnal may come out in broad daylight, instead of waiting for nightfall. An animal with rabies may also display the classic signs of aggression, increased salivation, inability to swallow and fear of water. Then, as the disease progresses, muscular incoordination and seizures commonly occur, followed by progressive paralysis and death.

The good news is that rabies is preventable. According to who.int, the most cost-effective way to prevent rabies in humans is to vaccinate dogs. Coincidentally, it’s also the best way to prevent rabies in dogs. It’s a win-win situation! Not only is your dog protected from a deadly disease, but it also won’t transmit it to you (or your kids, friends, neighbors etc.)!

Credit for inventing the rabies vaccine goes to none other than the late, great Louis Pasteur (read loo-wee pass-toouhr, please don’t call him loo-isss pass-chur, because rumor has it French ghosts can be easily offended) himself. Although you may only be aware of his incredible accomplishment in food safety because his name is on milk cartons, M. Pasteur made other important contributions to the body of scientific knowledge in the late 19th Century. According to sciencestruck.com, he discovered molecular asymmetry, which led to a new field of study call stereochemistry. He also identified the microorganisms responsible for fermentation and spoilage of beer and wine and developed his eponymous method of preventing spoilage. He introduced the concept of anaerobic respiration, used experiments to disprove the then-popular theory of Spontaneous Generation and saved the French silk (the cloth, not the pie) industry by preventing the spread of disease among the silkworms. He developed vaccines, not just for Rabies, but also for Chicken Cholera and Anthrax (the disease, not the band).

And now, the moment you have been waiting for: what does any of this have to do with you and your beloved Toga?

Well for starters, if Toga is a mammal, they are at risk of getting rabies. If Toga were to get rabies, he would run the risk of spreading it to you. Oh yeah, she also would most likely die. Then there are legal issues. the vaccine is required in most locations. Failure to vaccinate, especially when there is a potential for human exposure, could result in fines for you and quarantine for Toga. While the chance of any individual animal getting rabies is quite small, the consequences can be quite severe.

What if Toga rarely goes outside, and always stays within the confines of my yard? That’s a good start, but not perfect protection. Raccoons can get up on porches, bats have been known to get into houses, and skunks with French accents have been known to amorously pursue black cats that walk under a freshly painted fence and get a white stripe down their back. So please do your part to help prevent rabies by taking the advice of the American Veterinary Medical Association and do the following things (this list is from their website avma.org, I’ve just embellished a little):

What if Toga bites someone?

Sometimes even sweet wonderful pets like your Toga can get really scared and bite a person.

If that should happen, contact your local Animal Control for specific instructions. They will be similar to these from the Nebraska Humane Society (nehumanesociety.org):

What if an animal bites me?

Hopefully my preceding suggestions will prevent such occurrences, but sometimes even the best preparations are insufficient to prevent accidents. If you are the unfortunate recipient of a bite from a warm-blooded animal, please take the following steps:

Sometimes in public health, the needs of the many may not align perfectly with the needs of the few. In the case of rabies vaccinations, however, the needs of the herd (controlling the spread of disease) happen to be extremely beneficial to the individual (preventing death). As a pet owner, you have a responsibility to protect both Toga and society as a whole.

So when it comes time to license Toga (March 15th in the Omaha area), fulfill your obligation as a member of the pet-owning community. Supporting your local Rabies Control Program is an important contribution to public health and the greater good. Thank you.

Now, dear Bored Surfer, I must bid you a fond farewell. Thank you for joining me for another verbose adventure. I hope I have provided you with some helpful information as well as a little spark of amusement. Join me next month for more witty commentary. Until then, enjoy this final thought from Louis Pasteur: “Gentlemen, it is the microbes who will have the last word.” 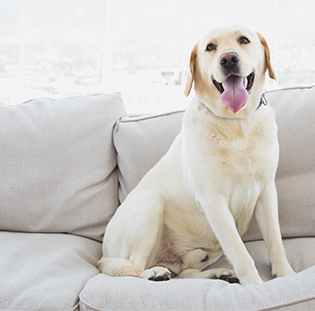 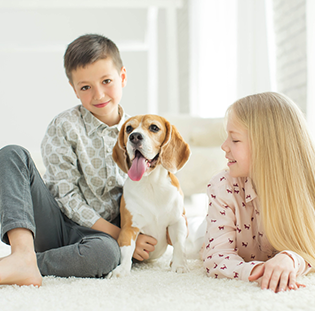 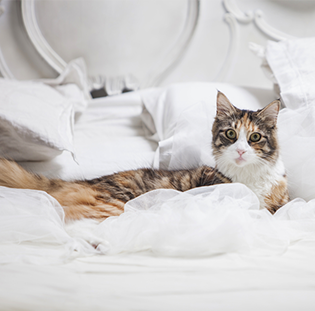 If you need any kind of assistance for the health and wellness of your lovely Pet, let's start to make the right move and contact Best Care Pet Hospital today!

Send Us A Message